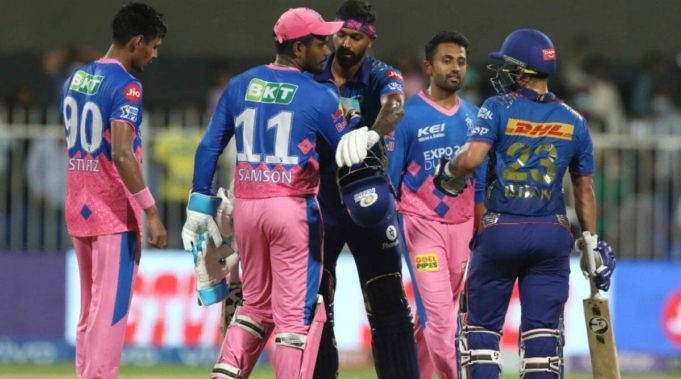 The afternoon began with a clash between Rajasthan Royals and Mumbai Indians at the DY Patil Stadium. Having won the toss captain Rohit Sharma chose to bowl first, a decision he might’ve repented after the first innings.

Jos Buttler opened the match in his usual attacking manner, blistering a quick 26runs against the likes of Basil Thumpi in a single over. His knock continued towards his second ton in the IPL, including a total of 11 fours and 5 sixes. Buttler’s opening partner, Yashasvi Jaiswal was however unable to make any impact to the game departing on a score of 1.

Although Padikkal gave up his wicket due to a poor shot choice early on in the powerplay, skipper Sanju Samson was ready to take on responsibility and step up for his team. Samson and Buttler’s partnership was central to the high total put up, his 30run contribution helped move the pressure back onto MI and bring stability. The ever so destructive Hetmyer also scored an impressive 35 off 14 balls, a complete delight for fans to witness, and crucial in providing a good total of 193 for the royals to defend.

Fans were not impressed with the Mumbai bowlers, who on average went for over 10 runs per over. It is fair to say that the team might have to rethink its approach given that Jasprit Bumrah was the only bowler who displayed both wicket-taking and low economy bowling abilities.

Despite his experience Rohit Sharma failed to score with the bat for Mumbai, departing in the second over and leaving wicket-keeper Ishan Kishan at the crease. Youngsters Kishan & Tilak Varma demonstrated their skills & flamboyancy by scoring half centuries respectively. It appeared MI were on track to win their first match this season, but Boult’s timely wicket of Kishan ended the show. Varma’s efforts were also in vain after a superb delivery from Ravi Ashwin ending his innings of 61runs .

MI looked to be on target towards their first win this season, however Trent Boult’s timely wicket of Kishan put an end to the show. Varma’s 61 runs also seemed in vain as he was stopped by a brilliant ball from Ravi Ashwin.

The Royals proved difficult to face head-on with the likes of such world-class bowlers. Even Kieron Pollard, an IPL great, could not seize the game for the Indians. Pollard’s uncharacteristically slow knock 22 runs off 21 balls left much to be desired. Some fans believe it might have cost them the game, but in truth the combination of the inexperienced bowlers and lack of intent from the middle order batsman resulted in MI’s defeat today. In the end, Mumbai were defeated by 24 runs by the royals, with Jos taking home the player of the match award. 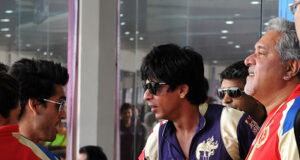