Former Indian dashing batsman Virender Sehwag said in a promotional event when asked regarding who he wants to be the selector among former cricketers, he immediately answered Anil Kumble. And he also said that Anil Kumble has a very good record as a captain & also he was the head coach for India, he has won many series for India, hence he will be the correct person to be the selector & he can also find best out of the young talent in India. 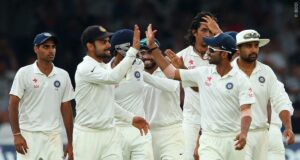