India skipper Virat Kohli has confirmed that KL Rahul will bat at middle-order and keep wickets in the ODI series against New Zealand starting from first ODI in Hamilton on Wednesday, effectively confirming the ODI debuts of Prithvi Shaw and Mayank Agarwal. The in-form player Rahul’s role as keeper-batsman has been a central theme to India’s white-ball narrative in the last two series, more so in the context of how the management’s decision will affect the ambitious Rishabh Pant. 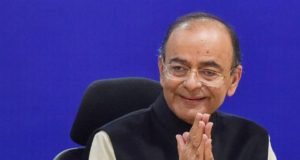