The ICC World Test Championship 2021 that’s taking place between India and New Zealand has been testing fans’ enthusiasm. As it comes closer, and the strongest teams in test cricket fight each other starting from 18th June in the final, the show is all set.

Besides, the Board of Control for Cricket in India (BCCI) announced India a 15-member squad for the World Test Championship Final on Tuesday (15 June). The match will be played at the Ageas Bowl Stadium in Southampton with India being led by Virat Kohli and Kane Williamson captaining New Zealand.

The 15-man squad of Indian team for India vs New Zealand misses some big names like Axar Patel, KL Rahul, Mayank Agarwal, and Shardul Thakur. The absence of the Karnataka duo of KL Rahul and Mayank Agarwal will allow Rohit Sharma and Shubman Gill to open the bat.

The former reputed test batsmen VVS Laxman reckons his views on the few members who he feels are critical to be present in the team. He said that he would go with five batsmen in India’s line-up, with Ravindra Jadeja batting at No. 7.

The Ind vs NZ match for World Test Championship final will feature in the finale while Virat Kohli & co., who would be battling against a lethal New Zealand pace attack amid tough batting conditions.

Kohli’s men lost the two-match Test series against New Zealand in 2020, and the conditions in Southampton are expected to favor the Kiwi speedsters as well. So, there’s a serious concern on India batting to the mark in the match that may determine the result.

Catch Ind vs NZ Match Update on Live Cricket Score as we post the same. Stay tuned for more news.

CSK Whistle Podu Army all set to cheer for the team 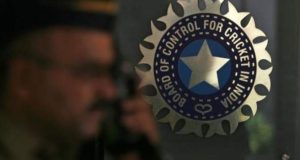