With his likes for Virender Sehwag, the Karnataka batsman is holding a strong role in the Indian cricket team. He displayed good records in the red ball cricket both at home and away. He has been a strong supporter since he started his career for the country. Mayank will be playing for Kings X1 Punjab in the IPL 2020 and expects to steal the show with his performances.

Mayank started his test career for Indian in 2018 and for an Australia Test series. He scored a decent score of 76. This is being registered as the highest score by an Indian on a Test debut in Australia. Also, he became the second fastest to score two double hundreds last year.

However the right-handed opener couldn’t convert a fruitful career into the limited-over’s cricket. Many people felt he was given too many chances in the format but couldn’t prove even like the way he impressed in certain age-group cricket. However, it is still believed that very few chances were given to his talent.

Though his entry at the last year’s World Cup happened with an injury for Vijay Shankar, this replacement didn’t help him much as he couldn’t get a chance to bat. Later, he has played three ODIs in New Zealand this year, and he got a chance to play for the T20 internationals in the future. 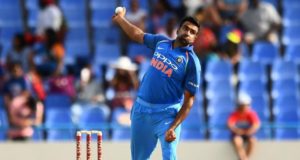