Former India batsmen, Gunduppa Viswanath said he never thought of Indian team getting all out for 36 runs in a test match. It was the lowest score of 42 runs in the 2nd innings of the 2nd Test against England in 1974 at Lord’s.

Now, the lowest-score record is broken after 46 years, as the Virat Kohli-led Indian team was bowled out for 36 in the 2nd innings of the Adelaide Test against Australia. The match ended up in a great depression for India on 19th December (Saturday).

The turnaround in the game was a shocking moment after the Indian team had a solid lead of 62 at the start of Day 3. However, the Australian bowlers maintained a great play of action while the Indian team was put under pressure. A chase of 90 runs in the second innings allowed Australia to lead the test series 1-0. 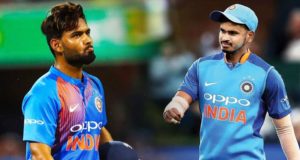