Jasprit Bumrah and Mohammed Shami will not be playing all the all the upcoming six white-ball games against Australia. India will tour Australia for three ODIs Internationals and three T20I to be played in Sydney and Canberra respectively, between November 27 and December 8.

The team management has kept a rotational way of selection with the pacers duo to allow them to be fitting into the four-Test series starting from December 17. There is a serious thinking with the management as Bumrah and Shami both being integral to India’s Test match plans.

Oval would be the venue for the first red ball warm-up game that takes place between December 6-8. On the flip side, India’s second and third T20 Internationals will be held during 6th and 8th of December.

Hence, to reduce the risk of playing back-to-back games, Shami and Bumrah will be rotated during the white-ball series. It’s already seen that Shami has been bowling with pink and red balls during net sessions, and so are the chances of him playing in the red-ball-series.

Suresh Raina speaks about his comeback for IPL 2020

India’s No. 1 Test position replaced by Australia in ICC 2020 rankings 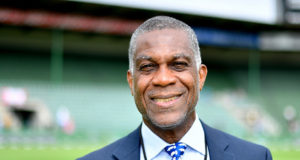