It was special for the Indian women’s team to book a berth in the 2017 World Cup finals, after they made a stunning knock in the semi-finals. It was more special for the right-handed Harmanpreet Kaur after scoring 171 runs in the semis. It has been so admiring to watch India Women’s team on the world stages with stunning performances including this year’s T20 WC.

Taking a note of Harmanpreet’s batting skills in the semi’s match against Australia; it surely is a turning point for a wonderful player like her. She has scored 171 runs including 20 fours and seven sixes off just 115 balls up on the defending champions in the 50-over Women’s WC semi-finals.

India managed to score 245 runs, after they were put to bat in the second innings. Fans have been cheering for the women cricketers as they lead their way with great presence. After a stunning knock by Harmanpreet, India’s been positive in all the batting, bowling, and fielding departments. The same continued till the last played T20 World Cup in Australia recently.

No-ball technology not functional at the Gabba Test 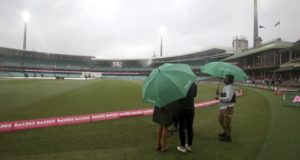