Bangladesh batsman Sabbir Rahman talks on Cricfrency Facebook Live episode and reveals the moments that he remembers related to Dhoni’s stumping. India former captain Mahendra Singh Dhoni is well known for his skill-set in wicket-keeping. He stood with the team and helped India win some close matches.

Rahman recollects that Dhoni had stumped him in the 2016 T20 World Cup.  That moment in turn changed the game result and India won the match by 1 run, he said. Repeating the same stumping, Dhoni this time failed to dislodge the bail in the right time during 2019 ODI world Cup, Rahman added.

Yuzvendra Chahal bowled a slower ball in that 2019 match at Bangalore and Rahman had stepped out for a big shot. But the batsman had unfortunately missed out in putting it away while the ball went through to Dhoni who stood behind the stumps.  But the time lapse was less when Rahman was back in the crease compared to Dhoni’s failed attempt.

Suresh Raina names Rohit Sharma as the next MS Dhoni 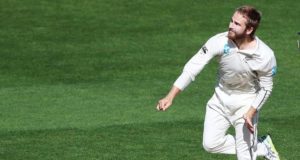 Kane Williamson’s bowling action is approved as legal by ICC