The leg-spinner for Chennai Super Kings, Piyush Chawla said some interesting facts about MS Dhoni. Both these players who play for the same team in IPL have a great interaction, and Piyush Chawla witnessed the game of Dhoni in nets during March 2020.

After a gap since MS Dhoni was last seen in the World Cup last year, fans expected to see the former Indian captain in IPL this year. His comeback as a captain for CSK, would be promoting his play better in this year’s T20I World Cup, many believed. However, coronavirus pandemic has led this big domestic league to postpone indefinitely.

Besides, Piyush Chawla has seen Dhoni batting in nets with his stroke-making play during March, as the franchises and co-players thought the season13 would take place as usual. Piyush reckons most players who have a time break between play would show less intensity. However it was different, as Mahi bhai had the same way of batting even after a break, Piyush said. 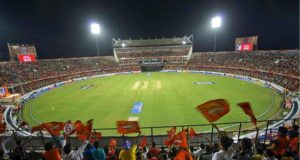