In a contest between Kings XI Punjab and Delhi Capitals, Mohammed Shami gave his best performance with 3 wickets and 15 runs (in his 4 overs) in IPL. After skipper KL Rahul won the toss and elected to field first in the match that happened on 20 September, it was Sheldon Cottrell and Mohammed Shami who were into action.

Despite Delhi Capitals having a strong batting line-up, especially at the top-order, they couldn’t manage well in scoring runs. In the 13 edition of IPL, the right-arm fast bowler, Mohammed Shami maintained a great pace to control runs at the start of the innings.

Prithvi Shaw was the first wicket that Shami picked in his 2nd over (4th over of the innings) during the power play. Alongside, Shimron Hetmyer got out on the last ball of the same over after hitting a four.

It went as a shocker to the Delhi dressing room after Shami picked back-to-back wickets of two hard-hitters. Later in the innings, the well set batsmen and captain of Delhi Capitals Shreyas Iyer got out from Shami’s bowling in the 15th over and was caught by Jordan at mid-off.

Rohit Sharma speaks of how he prepares to bowl 10 overs 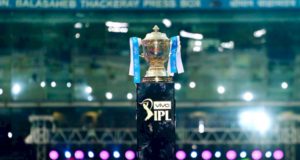