Mohammed Shami on his recent conversation through Instagram Live chat with Rohit Sharma has revealed few bitter experiences as he has been into cricket. As a fast bowler, he met with a serious injury a few years back. During the 2015 world cup, he was hit with the injury and adding to it was his personal problems.

As he speaks with the world’s top rated batsmen, recalls that the world cup was played with a knee injury. But he was the fourth highest wicket-taker with 17 wickets. Later, he resumed playing for the team after an 18 months period and that followed the marquee event which he quotes as a most painful moment.

Shami however managed to come back with strong support, but the personal problems had still been continuing. He met with an accident when the IPL 2018 season had taken place, and it was less than 2 weeks when the accident took place. Now the pacer is on a good line into the international formats and look forward to the play to resume after COVID-19 hit the world badly. 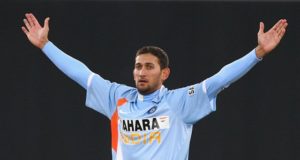