Suresh Raina is the name that most of the Indian fans cheer about. He maintains a good rapo with batting, irrespective of the opposition team. Raina has been associated with the former Indian captain MS Dhoni. Both of them together played across different formats including ODIs, T20Is, and Test matches. Raina reckons his experiences to be best with his current IPL captain.

However, Raina names a similar player who can fit into the position of the former captain. He states that Rohit Sharma can handle many aspects as that of Dhoni in captaincy. Suresh Raina has played a lot of games under Dhoni and he was a player under Rohit’s captaincy in 2018 Nidahas Trophy. Raina after that tournament felt that Rohit can play a big way like the manner Dhoni does.

To name Rohit as best captain, according to Raina and many others, Rohit has been the captain for Mumbai Indians (MI) in IPL and is the most successful captain. Under his captaincy, MI has won four titles in eight seasons. 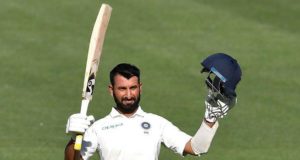