Former Indian opening batsman Wasim Jaffer has admitted that he is very much disappointed with the current form of KL Rahul. Jaffer has mentioned that KL Rahul has got so much ability & he is a very talented player who has scored centuries in all the three formats, but the way Rahul is performing now is quite disappointing, the way he is getting out is very soft, which is not expected from a quality player like Rahul. Rahul is given more opportunities compared to others because everybody believes that he has the ability to perform better, but his current form is disappointing says Jaffer. 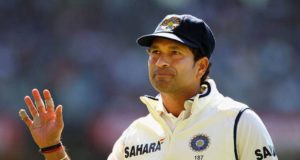