The new rule of saliva ban is the right thing in the present situation, said Ajit Agarkar. The former Indian fast bowler however has a different view. Agarkar recommends use of saliva for the players tested negative and that reduces coronavirus spread too. He urges ICC to look and review the rule while it gets implemented in the upcoming test series.

West Indies tour of Australia is the new upcoming series where both countries will take on each other starting with 1st test on July 8. With the limited over’s taking place later on, the test series will have an impact on the bowling part as the rule of saliva ban comes into play. Although Ajit Agarkar is not so strong on the ban, he recommends that saliva usage has been a key for players.

Agarkar has played for Indian in 191 ODIs and 26 Tests. He reckons the value of saliva usage and its part to maintain the swing and shine on the ball. 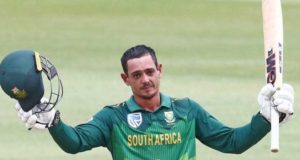